"Fracking the Grid: Views from an Energy Landscape" by Meghan Kirkwood 30 July - 18 August 2016 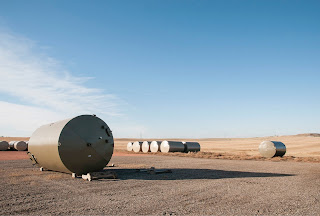 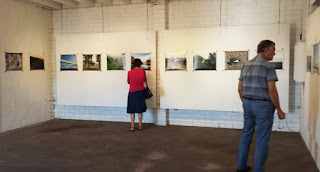 The exhibition presents landscape photographs that describe the dynamic, 81,000 hectare Bakken region in western North Dakota. Since 2009 natural resource extraction activities in the oil field have increased at a dramatic rate and transformed this portion of the state in marked ways. For many long-term residents the rapid installation of oil pads, pipelines, roads, and commercial infrastructure has reshaped the region beyond recognition.


This series looks closely at the instances and increments in which the Bakken landscape is morphing into a different place. Rather than highlight the explosion of “man-camps,” oil jacks, and influx of temporary workers, these images draw attention to the subtler shifts that cut open and reshape a familiar territory into a new setting.


The high-paced development of the Bakken region since 2009 in response to new, horizontal drilling technologies represents a new phase in the long history of natural resource extraction in the area, which was first settled in the late nineteenth century by homesteaders and Bonanza farmers after the expansion of the Northern Pacific Railway in 1873. Prior to 2009, the area witnessed two previous oil booms and a sustained coal mining industry.


Many long-term residents describe the 2009 boom as disruptive and feel that differs substantially from earlier peaks in production. They cite the changing visual landscape as a primary source of dissatisfaction. For these individuals, the increased presence of oil companies and workers creates social and economic tensions, but these impacts do not have the psychic impact of grassland conversion, exponential increases oil pads, dust, commercial advertisements along formerly vacant roads, and informal housing communities in previously open range.


This exhibition explores these transformations in the physical landscape and presents them as an important context to the high-profile discussion of oil-boom impacts in Bakken communities. The landscape photographs show an environment cut open, reshaped, and patched over as a result of man-made industries. Eschewing the sensationalist, these photographs display the landscape in moments of repose, and attempt to highlight the quiet calm many residents perceive in the area, even as it rapidly transforms. 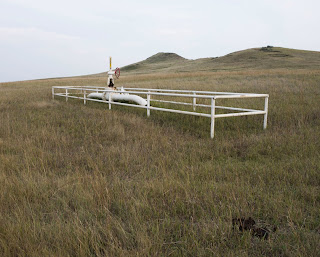 Posted by artSPACE durban at 13:06